January 31, 2023
by jayval@frenchquarter.com
in
Activities Things to do in the French Quarter 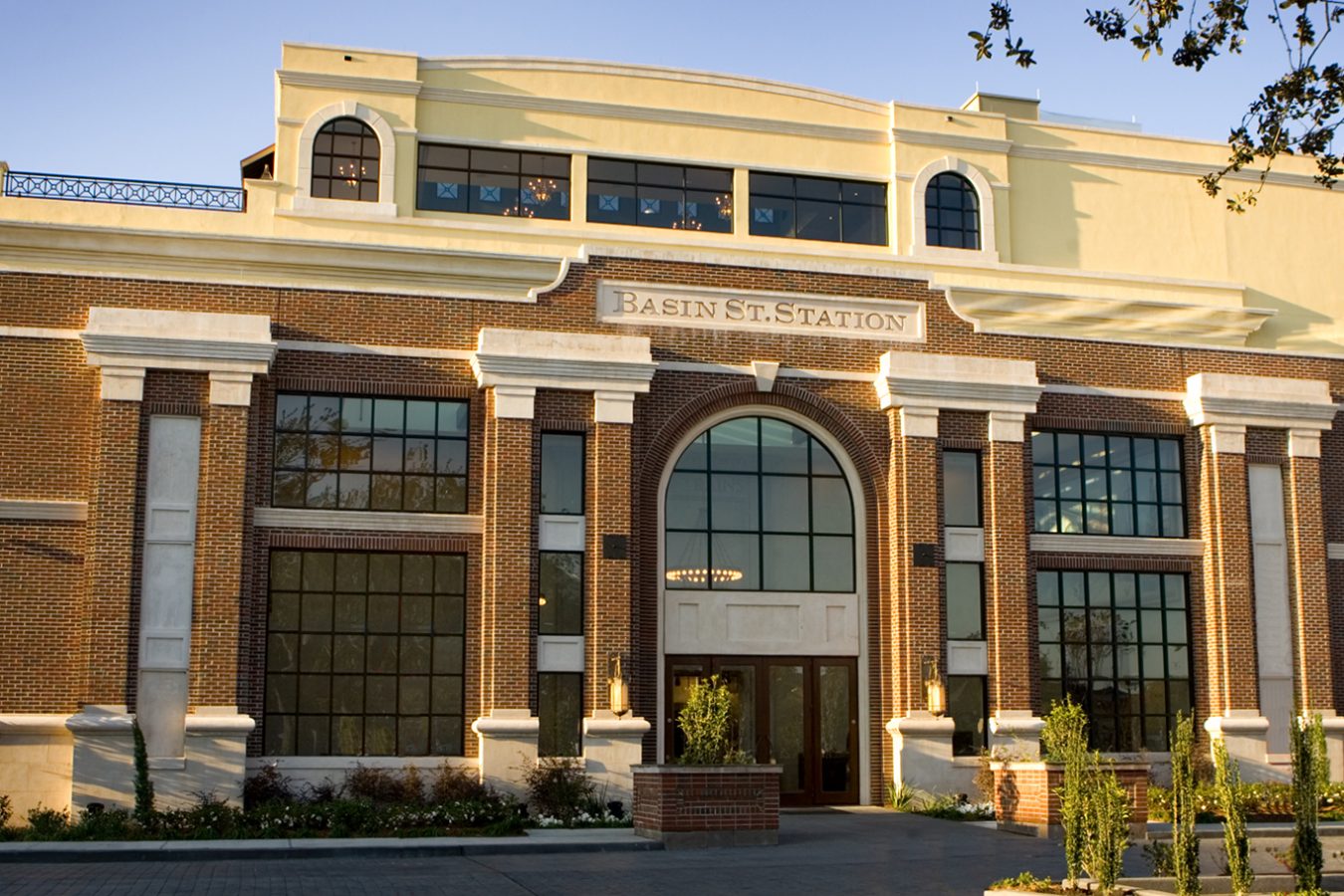 New Orleans is a geographical medley of over 70 neighborhoods, which all meld together into one fascinating tapestry of cultural influences cultivated over the city’s 300-year-plus of history — yet all are distinct architecturally and offer a plethora of unique culinary, sightseeing and entertainment experiences. That said, you’re in the right spot to explore it all when you stay at the recently opened Brakeman Hotel.

With all that the French Quarter has to offer, right across the street and the historic Tremé neighborhood on the other side, all you need to do is walk out the door, to get to some of the best restaurants, museums, cafes, bars, boutiques, and more, in the city. Many will be within walking distance; others only a short ride away by car, streetcar, bus, pedicab, or even a mule-drawn carriage.

We’ll only be scratching the surface here, but here are some highlights of the neighborhoods, our favorite places to eat, and things we think you should see and do.

About The Brakeman Hotel

Opened in early 2020, The Brakeman is located in Basin St. Station in the Tremé, right across the street from the French Quarter and next to St. Louis Cemetery #1. This boutique hotel has 18 guest rooms that feature furniture and finishes that evoke the elegant trappings of the romantic railroad travel era.

Amenities include in-room safes, complimentary WiFi, on-site parking, walk-in showers, and 24-hour concierge service. Kids 12 and under stay for free. Guest of the Brakeman can also enjoy all the amenities Basin St. Station has to offer, including cultural exhibits; a gift shop; the Basin St. Cafe with grab-and-go snack, breakfast and lunch options; and the ATM in the lobby.

Basin St. Station was the original Norfolk Southern Railway station (circa 1904), the last remaining train station in the city. As an important transportation terminal location, it also serves as the city’s Visitor Information Center and the primary stop of New Orleans City Sightseeing, daily Hop-On Hop-Off sightseeing tours of the city.

The gift shop is hard to miss as it’s shaped like the iconic New Orleans streetcar. Inside, you’ll find stacks of books — Creole and Cajun cookbooks, children’s, history, etc. — on Louisiana and New Orleans. The gift shop also stocks high-quality souvenirs like mugs and ornaments, and it’s a good spot to pick up a New Orleans-centric t-shirt or a Carnival mask. Need a snack, or didn’t pack a toothbrush? Pick it up at the gift shop, too.

Also located in the lobby, Basin St. Cafe is a French Market-style grab-n-go New Orleans coffee bar run by Messina’s Catering and Events. There you’ll find the classic café au lait gourmet coffees and teas, iced and frozen coffees, as well as freshly baked pastries. Lunch options include salads, wraps, and sandwiches, including the New Orleans original, the muffuletta. This being New Orleans, you can also get wine, beer and mixed drinks there.

Getting around the neighborhood

There are so many ways to explore the Quarter and the neighboring areas —  on foot or bike; aboard a big red double-decker bus, mule-drawn carriage, pedicab, or segway. Several streetcar lines have stops within walking distance and will take you everywhere from Uptown to the galleries and nightlife spots of St. Claude Avenue to the Harrah’s New Orleans casino and City Park in Mid-City. The fare each is $1.25 per person; transfers cost $.25 (exact change required, or get the passes online).

If you’re looking for a self-guided adventure, many local companies will let you rent a bike for several hours and up to several days, and most of the time helmet, bike lock, maps, and “concierge support” are included in the rental fee. Though slowly, New Orleans is getting more bike-friendly with recently repaved roads, new dedicated and shared bike lanes, and increased bike safety awareness. And, hey, no hills!

There are lots of tours you can take to explore both the French Quarter and the Tremé, including a couple you can start right at our doorstep: a Hop-On Hop-Off bus tour and a tour of the historic St. Louis Cemetery #1. One of the city’s most famous “cities of the dead,” the cemetery is located at Basin and St. Louis Streets. (You may remember it from Easy Rider.) Civil rights activist Homer Plessy and voodoo queen Marie Laveau are buried in this cemetery, which was founded in 1789.

The tour you should choose depends on your interests and the preferred means of transportation. The history of the French Quarter in particular is teeming with ghost stories, so what better way to learn about the city’s often turbulent and sordid past than taking a ghost tour? You can also take a culinary or cocktail tour, or a combination of both. And, if you want to get off the land for a few hours, there’s no better way to see the mighty Mississippi than a cruise on the Creole Queen.

Let’s explore briefly the 442-acre historic neighborhood of Tremé. It’s defined by Esplanade Avenue to the east, North Rampart Street to the south, St. Louis Street to the west, and North Broad Street to the north. As one of the oldest neighborhoods in the city, it was settled in the late 18th century and was heavily populated by Creoles and free people of color. The area was named after Claude Tremé, a French hatmaker and real estate developer who migrated from Burgundy in 1783.

Today, Tremé is known for its music clubs and soul food spots (some double as both), Creole architecture, and cultural centers celebrating the neighborhood’s African-American and Creole heritage. It’s a vibrant, diverse neighborhood, home of many a second-line parade and a few festivals.

Our top recommendations for what to see and do in Tremé include the beautiful St. Augustine Church, the most famous African American Catholic church in the city (though not the oldest). It was founded by free people of color in 1842. Don’t miss the Tomb of the Unknown Slave, a tribute to the victims of the African diaspora, located on the church grounds at 1210 Governor Nicholls Street. Tremé is also home to the excellent Recreation Community Center.

You’ll find an incredible collection of Mardi Gras Indian costumes and other cultural memorabilia at the Backstreet Cultural Museum, founded (and managed for many years) by Sylvester Francis. The Backstreet Cultural Museum is as unique as the city itself. It explores the rites and practices of the city’s African American population that are also interwoven with the French-Creole history of New Orleans. You’ll be led on an unforgettable tour of memorabilia indigenous to Mardi Gras, jazz funerals, second lines, Super Sunday, and other traditions that cannot be found anywhere else in the world.

The museum hosts the largest collection of Mardi Gras Indian costumes in the city. Those are fantastic creations made of beads, feathers, and sequins that cost thousands of dollars, weigh hundreds of pounds, and require hundreds of days of painstaking labor, as no element of costume creation is automated. The museum’s collection also includes photos and video footage of Mardi Gras Indians, jazz funerals and second lines. The entry is $20, and please note that the museum has a new home at 1531 St. Philip St.

Where to eat, drink and hear music in Tremé

Tremé is said to have invented jazz, and it’s still a great place to hear live music. The Candlelight Lounge is an excellent option for Creole food and brass bands. Kermit’s Treme Mother in Law Lounge on N. Claiborne belonged to the late R&B legend Ernie K-Doe and his wife Antoinette. When both passed, Kermit Ruffins bought it and he continues the tradition with live music and BBQ.

The family-owned since the 1960s, Willie Mae’s Scotch House may look like a white-painted shack, but it serves some of the best fried chicken in New Orleans and other delicious soul food. Another legendary soul food restaurant is Dooky Chase’s. The late Chef Leah Chase’s Creole staples include gumbo z’herbes, which is not easy to find on the restaurant menus in the city. It’s a meatless version of gumbo made with several types of greens.

Not far away on Orleans Avenue, Greg and Mary Sonnier have reopened their famous restaurant, Gabrielle, which used to be in Mid-City on Esplanade Avenue but had been shuttered since Katrina. And, speaking of Esplanade, Li’l Dizzy’s Cafe is a popular choice for a casual soul-food breakfast.

Across the street: the French Quarter

Much had been written about the mindblowing variety of options for what to see, eat, drink, and do in the French Quarter, so we’ll refer you to our comprehensive guides, to help you decide what and how to explore the French Quarter. The sightseeing and nightlife choices include famous streets like Bourbon and Frenchmen streets. Dining opportunities also abound, including eating on a budget.

Are you on a romantic trip? Need to find things to do on a rainy day? Staying only for 24 hours? Check out our guides, including which annual New Orleans events not to miss, organized by the season.

We hope you enjoy your stay at The Brakeman Hotel and will take advantage of its many amenities and the proximity to the dining, shopping, sightseeing, and entertainment spots of the French Quarter and the Tremé!